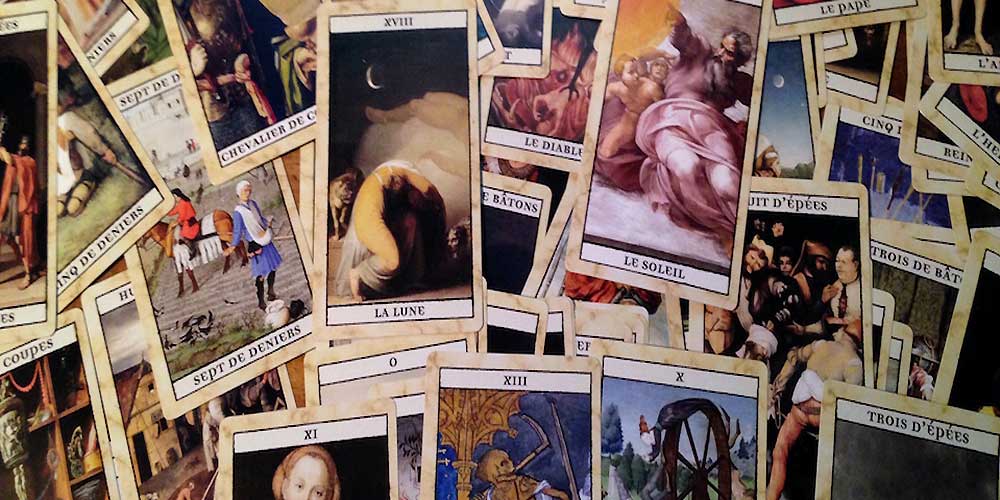 At first, I have to admit that I’ve been inspired by the tarot images shown in the intro sequence of the great tv show Carnivàle. But after some research, I realized that their images where cool but not really corresponding to real tarot iconography. So I decided to have my own take by creating a custom tarot based on the paintings of the great art history masters. From the originals, I only kept the contour lines, marble like textured background, and fonts as an hommage.

To make the deck coherent, I focused mainly my search around Medieval and Renaissance paintings and had them matched as closely as possible with images reflecting the generally accepted meanings for each card. I followed a few books for meaning and iconography.

All my images are taken from internet, with resolution large enough to have crisp pictures. I worked on the project on and off over a period of six months. Fun !

Have a look at the samples. It’ s almost a detective job to identify all the painting on the cards….. 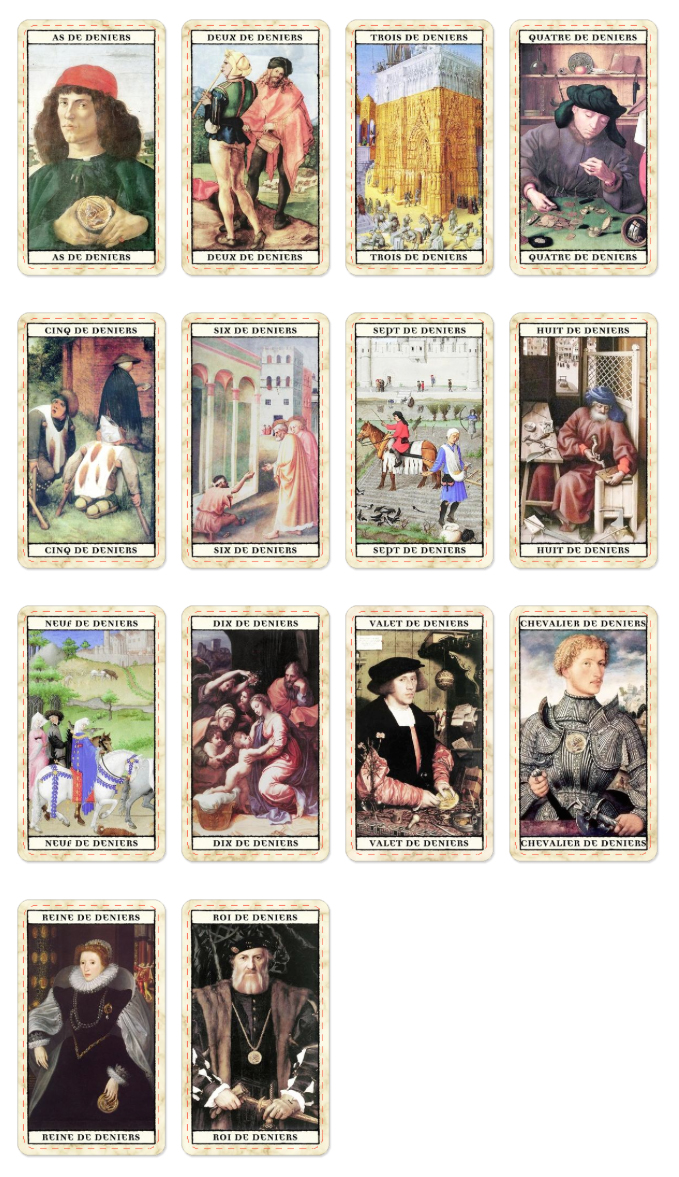 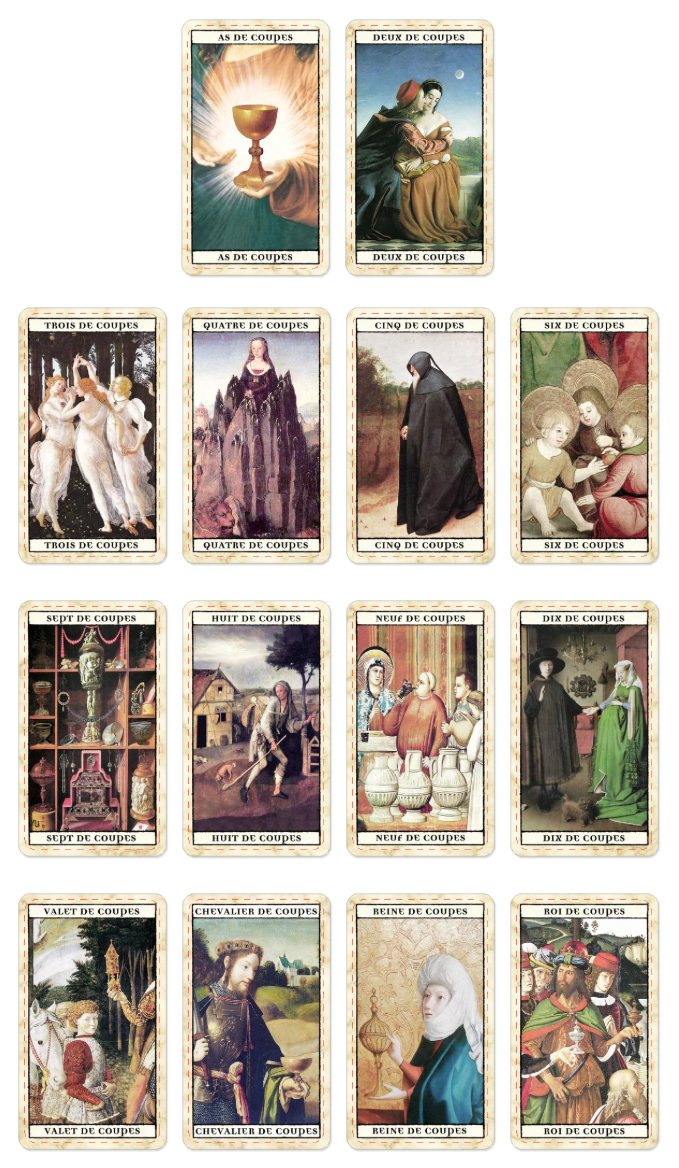 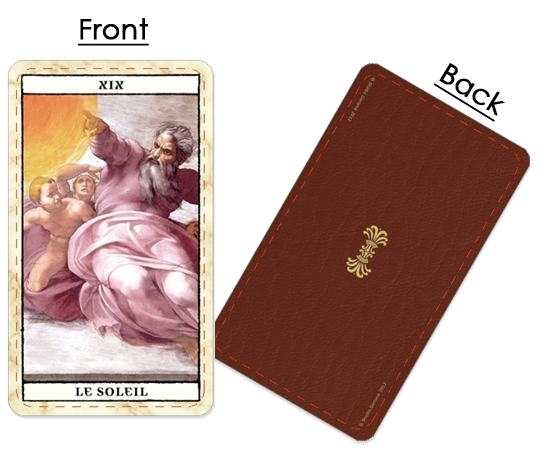 Howdy ! I'm Erik from Studio Daruma, a visual art artist based in Montréal. I've set up this site to showcase my work, share a few passions, to give you a better idea of what I've createdand what I can do.

I have a few pieces still hanging around that are ready to go.